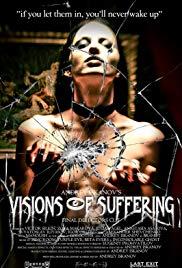 After losing his girlfriend because of his obsession with necrophilia, death and a morbid fascination for decomposing human bodies, Sasha falls into despair. He suffers dreadful nightmares where he is wandering a dead otherworldly forest filled with fog and strange creatures. He happens to disturb a demonic shaman, which results in and outlandish beings start moving into our world, and strange voices are heard on his telephone line. A phone repairman comes to help with the faulty lines, but he's a phone-wizard messing about your nightmares.
Sensual and experimental psycho-horror by Russian master Iskanov in the latest (2018) version of his 2006 film, filmed with true nightmare vision.