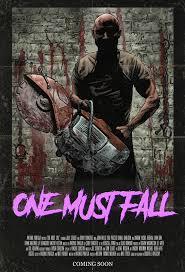 Sarah is fired by her sexist boss and ends up in a different kind of employment: cleaning up the mess after suicides and murders. Trying to make a living for her son, she hangs in there, collecting body parts and mopping up blood and guts. Until her company gets offered a big operation in an empty warehouse where a serial killer puts his bodies. Once locked inside the team keeps finding more and more body parts, and they keep getting warmer.
Feature debut by a very talented Antonio Pantoja, who knows how to push the right buttons when shooting gory horror comedy with 80s slasher elements.
NOMINATED!