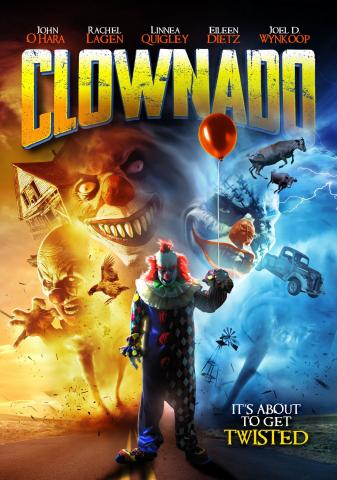 A brief history of cinema: first there was JAWS (Spielberg, 1975), then there was IT (Tommy Lee Wallace) in 1990, followed by TWISTER (Jan de Bont, 1996) and the mockbusters of The Asylum, like SHARKNADO (2013). Somehow, in the turbo-blender mind of Todd Sheets, this all got mixed up, and out came CLOWNADO. Cursed demonic circus clowns set out on a vengeful massacre using tornadoes. A stripper, an Elvis impersonator, a truck driver, a teen runaway, and a dude, get caught up in the supernatural battle between femme fatale and the boss clown from hell.