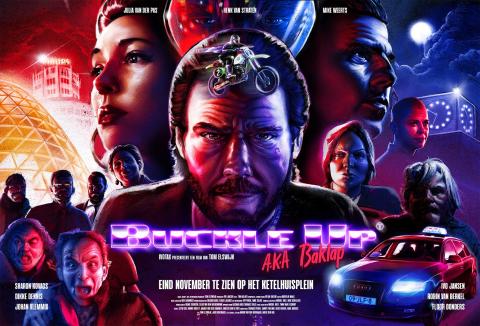 Buckle Up a.k.a. BAKLAP is an interactive action-comedy film. Berry (played by Henk van Straten) has lost everything, but his sister finds him a job at taxi company IVOTAX. When his new boss Ivo finds out about Berry's shady past, Ivo devises a bizarre experiment that results in an intense chase through the streets of Eindhoven (Netherlands).