Antrum: The Deadliest Film Ever Made

Antrum: The Deadliest Film Ever Made + short: The Devil's Harmony + short: Slackmania 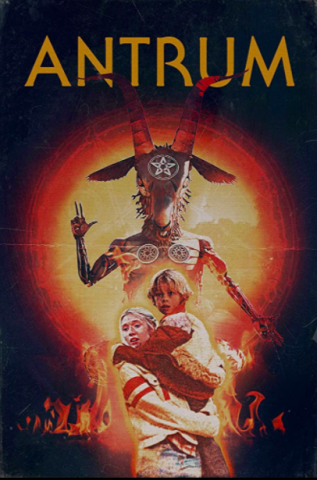 A young boy and girl enter the forest to dig a hole to hell. Said to be a cursed film from the late 1970s, Antrum examines the horrifying power of storytelling.
Refusing to accept that his recently euthanased dog, Maxine, is now burning in the pits of Hell, devastated young Nathan finds himself tormented by constant nightmares and infernal visions. To ease his suffering, Nathan's older sister, Oralee, takes him on a trip to the grim woods to find the fabled spot where Lucifer himself fell to Earth when he was cast out of Heaven, and open a portal to the unknown.