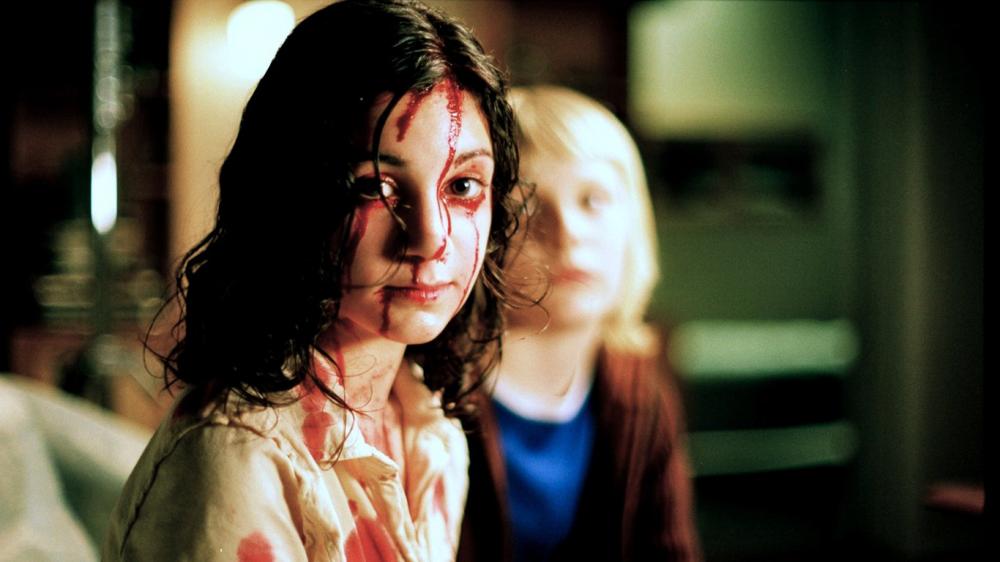 The BUTFF celebrates its adolescence with Sweet Sick Teens

Sex, drugs, violence, gangs, power, moral dilemmas, peer pressure, gender, school... Teenagers have to cope with the often uneasy transition from child to adult, physically, mentally and emotionally. There is the rebelliousness, finding your own identity, the struggle with parents, who often fail to see their teenage children as they are. There is the experimentation, discovering all borders, those that can be crossed, those that should be crossed, and those that should NEVER be crossed.

This year marks the sixteenth edition of the Breda-based B-film, Underground and Trash Film festival, BUTFF for short. These three movements in film production are famous for having a low budget, and while this may seem a limitation for filmmakers, having a low budget also means they can choose whatever they want, no matter the subject or execution, without being bothered by studio interference. Films playing at the BUTFF often show unique, uncensored views on social issues. To celebrate the festival's age of "sweet sixteen", one of its main programs this year is called Sweet Sick Teens, with as subject - you guessed it - teenagers. And what a diverse and rich subject it is. There are so many aspects of teen lives which are interesting to cover, in any genre. What happens when the world starts handing you the tools and responsibilities of an adult, while that same world often fails to see you as anything else than a child? Or worse: what if the world sees you as a threat to be suppressed, or as an object of sexuality to be exploited, or both? There are so many tales of developing seductions and disappearing innocence...

The subject is also a topical one to put in focus. The past year with its terrible pandemic has had a grave effect on teens worldwide. Nationwide lockdowns and closed schools appear to have had a detrimental effect, with a rising number of especially high school students having problems with depression. Teens tend to need other teens as a vital part of their growth, learning from the achievements and failures of their peers. Loneliness, feelings of worthlessness coupled with generally lower grades in school... this year will have sucked harder than most, and we're only now seeing the beginning of the consequences for society as a whole.

The program name Sweet Sick Teens is of course a word pun, but it also sums up two major viewpoints in genre cinema through which teenagers are viewed. On one side we have "Sweet" as in innocent, beautiful, a potential victim to defile for exploitation, or a naive witness through which we can view a cruel world full of monsters. On the other side we have "Sick", twisted, spoilt, damaged perhaps, but certainly a threat to us whether they are ugly or beautiful. Combined, the possibilities are endless. There's also a strong physical aspect, as in puberty, our bodies change, often with weird growth spurts. Sexual powers develop, craved by most but unevenly distributed among the teenage population, and with that come the dangers of excess and deprivation. Some children suddenly lose what people considered cute in them, and get told to "grow up" by an increasingly unforgiving world. But on the other hand, ugly ducklings can suddenly turn into beautiful swans overnight. Teenagers sometimes resemble the Western beauty ideal better than any adult can, and they can look as desirable as an exaggerated comic book depiction. In genre cinema, whenever we see an innocent young face or a beautiful young body, we are made to wonder: is there a monster inside of it? Or is the monster inside of us for watching them in such exploitational contexts? How sick is "Sweet" and how sweet is "Sick", in horror and fantasy?

As such, teenagers themselves are not considered to be the BUT festival's core target for attendance, but we hope that by showing several gems and classics from the history of teen genre films, we can trigger our audiences to think about their own childhoods, and provide reflections and added insights. If people will leave the festival feeling younger yet wiser, so much the better.

One of the best films this festival is a recent classic, Tomas Alfredson's Swedish teen horror drama LET THE RIGHT ONE IN. Taking place in an outskirt of Stockholm in 1982, we follow Oskar, a boy who reads a lot but hasn't got any friends. His nickname is "piggy" and for the school bullies he is the choice object for pestering. He always fantasizes about taking bloody revenge and is fascinated by news articles about violence, but Oskar is too scared to actually ever do something. Until he meets Eli, the girl who just moved in next door. Both social recluses, Eli and Oskar keep bumping into each other on the same playground after dark. And despite their solemn vow not to become friends, guess what... Things seem fine and Eli even gives Oskar the confidence to fight back against his tormentors. But the neighborhood is shaken up by a string of grisly murders, and Oskar can't help but wonder if there is maybe something terribly wrong with his newly acquired girlfriend. When he discovers that she is not just a serial killer, but also a vampire, Oskar faces several difficult decisions. To stop the murders, will he choose to expose Eli, thereby losing his one and only soulmate in the whole world? Alfredson's film is an excellent fantasy thriller, coupled with strong drama, arguably as good as anything made by Guillermo del Toro. But it is also a great look at the world as seen through the eyes of a lonely teenager. As a bully victim, Oskar is being failed by the world while he still is very dependent on adults, and an easy prey for a seductively different kind of morality, one which doesn't just provide safety through power, but also gives him the companionship he craves so much. Should he "do the right thing" and stop the murders, while his only reward will be continuous abuse from those surrounding him? Or will he become the 'familiar' of a mythological creature he loves?

A similar choice befalls the two young girls in Joël Séria's 1971 film DON'T DELIVER US FROM EVIL, albeit a lot earlier in the story, and they choose their path without hesitation. Anne and Lore are two bored, rich friends who are obsessed with each other, and they see the rest of the world as inferior and stupid. And indeed, as long as the two keep backing each other, their increasingly dangerous pranks remain unpunished. Stuck in a strict Catholic school, all authority figures fail them in this film, leading the girls to conclude that Satan is the only one worth worshipping. The film is known as both an underground art film and an exploitation film, dabbling in both genres, but it shows how easy it is to get a slanted worldview when your access to experience during development is stunted. Anne and Lore can rely on nobody but each other, but they lack knowledge or guidance, and when a bad idea takes root among the two, they are rushing downhill towards a possible destruction, with nobody there to convince them that this could be a bad idea.

Both of these films show the sweet and the sick. We empathize with the sweet protagonists up to a certain point, but we can loath the sick monsters they become. Several other films at the festival will take a different approach though. In those, the sweetness exists only in the minds of the adults, and the teenagers are a threat from the beginning onward. In Narciso Ibáñez Serrador's 1976 horror classic WHO CAN KILL A CHILD?, a man and his pregnant wife get stuck on a small island where the children have killed all adults. The threat to the couple is twofold: the children are hostile, but the couple is reluctant to respond to them with violence because they are children. And when that taboo is finally broken, judgement and damnation are not far behind. A similar fate befalls a couple in Fritz Kiersch' 1984 Stephen King adaptation CHILDREN OF THE CORN, when they end up in a small town where the teenagers have murdered everyone older than eighteen. In typical American action film fashion, the children can easily be divided in good ones and bad ones though, with the bad ones being controlled by a evil force, one which can be separately fought. In John Carpenter's 1995 science fiction thriller VILLAGE OF THE DAMNED, based on John Wyndham's book THE MIDWICH CUCKOOS, everyone in a small town falls asleep for a few hours. All people awaken at the same time but several of the women, including some virgins, have suddenly become pregnant. A few months later, the resulting babies turn out to have an increased growth and seem to have telepathic powers. And whenever one of them feels threatened, the whole pack turns deadly. Interestingly, the children, who end up terrorrizing the titular village, are human-alien hybrids, but the real horror of the film stems from their age: if they are this dangerous already when young (barely teenagers, though they sure act like adolescents), what monsters will they develop into when they grow up even more?

Speaking of monsters, Lew Lehman's 1981 horror film THE PIT is full of them. When awkward, bullied teenager Jamie discovers a hole in a nearby forest full of terrifying flesh-eating humanoid creatures, he does what any sociopath with an evil speaking teddy bear would do: one by one, Jamie tricks or throws the people who bother him into the pit, to be devoured by the horrors within. In Max Kalmanowicz' 1980 horror THE CHILDREN, teenagers also start killing their townsfolks, but here the reason is an environmental one: a toxic spill at a chemical plant turns all children in a school bus into radioactive bulletproof zombies, who microwave whoever they can get their hands on. When the townspeople find the empty bus, they presume the children have been kidnapped. Therefore, whoever finds a child greets it with a hug... and gets sizzled to bacon in return. While it's a fun film, it ditches nearly all context of teenage development, settling instead for cheap shocks. The victims all fall into the same trap as in the other films though: seeing only the sweet in these Sweet Sick Teens, they cannot fathom just how sick the children are, and it proves to be a deadly handicap.

And so the BUT film festival turns sixteen years old. As if on purpose, Julia Ducournau's extreme genre thriller TITANE, one of the most anticipated films to be shown at BUT, won the Cannes film festival last week. A film which starts with a rebellious teen causing a horrible accident. But also a title which was proudly identified as part of the B-film, Underground and Trash group, yet will now be considered an A-film by the general critic community. Because people said it was an A-film at a bigger film festival. And that may be the ultimate embodiment of the concept of Sweet Sick Teens: no matter what you are, it's still the outside world who puts the label on you.