Spoof Wars: May The Farce Be With You!

Spoof Wars: May The Farce Be With You! (PRESENTATION) 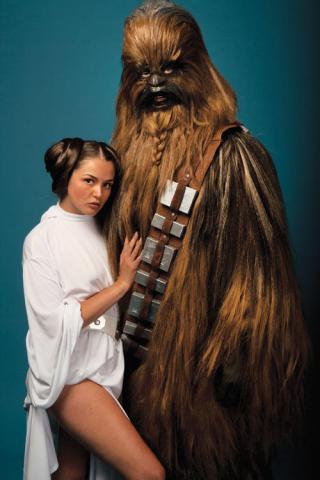 Expect an evening of queasy entertainment full of Star Wars rip-offs!
We present the cheapest filth from the sewers of world cinema and the most horrendous copyright infringements ever to see the light of a cinema screen. Fake it till you make it! After the success of the first Star Wars film, worldwide poor attempts erupted from the minds of below-average filmmakers, trying to cash in on the formula of George Lucas. All of a sudden sci-fi films were equipped with spaceship crews consisting of furry animals, female characters with strange hair and long white dresses, and a grant finale with improvised lightsaber battles.
We have fake versions, stupid commercials, cartoon reworkings and xxx-rated versions with Darth Vader and his giant lightsaber, plus Chewbakka and Princess Lay Her getting it on! Finally, it becomes clear why he is breathing so heavily!
We have Turkish and Japanese Star Wars, Ewoks, Battle Beyond the Stars, Star Crash, Galaxina, and many, many more..
Trust us: The biggest threat to our galaxy comes from the Star Wars Christmas Special!
The screening consists of a 30 minute presentation by NIGHT OF ERROR plus a main feature: Turkish Star Wars