A introduction on the films Kenneth Anger by Gary Parsons MA film graduate from Goldsmiths College London.
We will be screening:
- Invocation of my Demon Brother
- Lucifer Rising
Followed by Thelema, a short film by Parsons him self 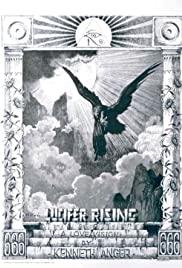 Egyptian gods summons the angel Lucifer - in order to usher in a new occult age.