Filmscreening of The Great Satan @ WORM Rotterdam 15 May 2019! 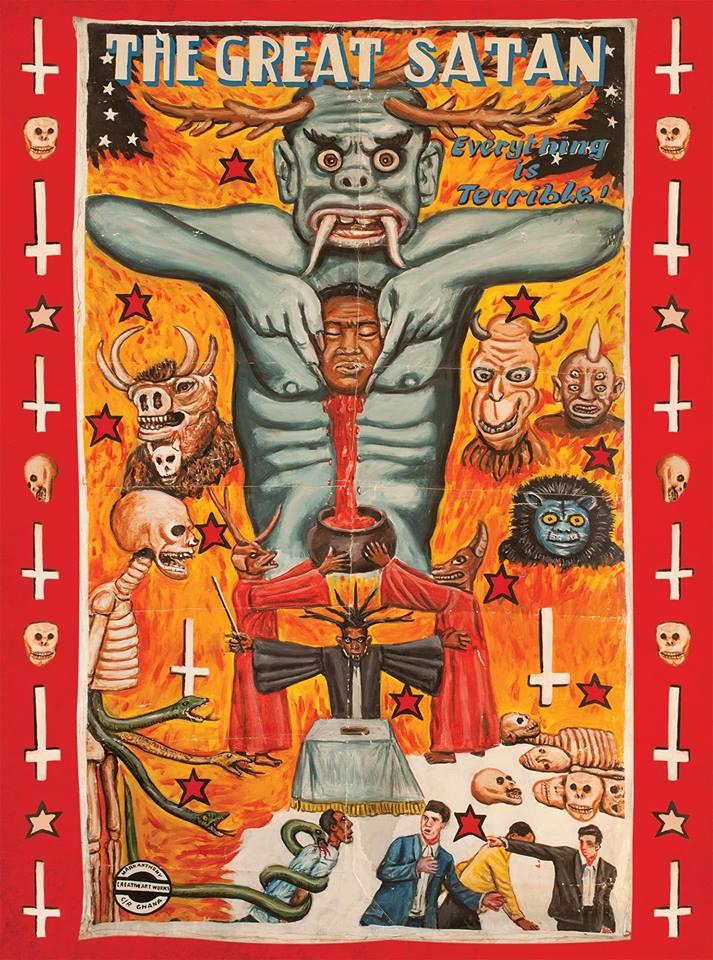 The Great Satan:
Using footage from over 2000 VHS tapes, this found-footage comedy tells the story of our Dark Lord Lucifer. A wild, entertaining and thrilling ride with fragments of everything from satanic panic scare videos, (tutorials for teachers and parents, Christian children’s entertainment, low-budget B-horror, Jerry Maguire and cheap religious rapture movies).

All remixed, re-edited and recontextualized by the gods of found footage; EVERYTHING IS TERRIBLE!

Everything is Terrible! is a LA based collective of VHS aficionados who make fantastic art from the mountains of plastic debris caused by the digital revolution (‘dead media’). They hold the largest collection of JERRY MAGUIRE videotapes (why? because it’s cool to have 24.000+ of those tapes).

The Devil must feel honoured by the amount of devotion and dedication.🔥

PS. If you bring a vhs tape of Jerry Maguire, you will get free entry and we will send it to EVERYTHING IS TERRIBLE!